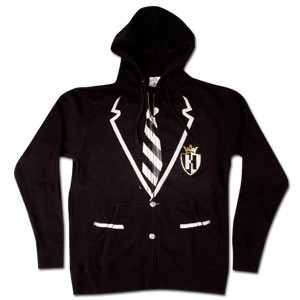 Do you have questions about how to create an amazing proposal to speak at Defcon? Ask the world’s greatest hackers! We’ll answer specific questions about your expertise, proposal, how to format and submit, how to handle nervousness and impostor syndrome, and how to succeed at speaking at Defcon! Have your proposal as ready as you can, and we’ll get you the rest of the way there.

To participate, you can:
(1) Directly ask questions by watching the Google Hangout-On-Air during the event. You’ll need a Google Plus account to do this.
(2) Watch the event live by clicking on the embedded video above or watching directly on YouTube.
(3) Help us spread the word! Share this page using the buttons below and using hashtag #DefconUnlocked and http://bit.ly/defconUL as a shortlink!

This amazing event to help mentor women and minorities as they consider proposing a topic for a speech at Defcon happened August 20th, 2014. The video below is the full 97 minutes, and below it is a list of shorter clips from the video to answer specific questions.

Russ Rogers (v3rtig0) has been a professional pen tester for 20+ years, has been with DEF CON since DC6, and is now the Chief of Operations for the conference. The exchange of knowledge is one of his key goals. He spends his spare time teaching college courses, writing books, and improving his knowledge in programming. He’s been in multiple departments and projects within the conference, including the original vendor area, contest area, DEF CON Groups, and the Hardware Hacking Village. Recently asked to take the reins of Operations, Russ clearly has some big shoes to fill. His current area of research and study is determining the validity of migrating the intuitive design and data visualization within video games, and applying those concepts to security applications.

Marc Rogers is the Principal Security Researcher for CloudFlare. He is a whitehat hacker who has worked in the security industry for almost twenty years, including a decade managing security in the UK operator Vodafone, and five years as CSO for a real estate and asset management conglomerate in South Korea. Marc sees himself as a security evangelist, who has a positive http://tramadolfeedback.com outlook on how security should be implemented in today’s global organizations. It’s this outlook that Marc used when he helped put together the award winning BBC series “The Real Hustle”. Marc has been a senior organizer of DEF CON for more than 16 years and a reviewer on the CFP panel from the day it was created.
Marc can be found on the web at marcrogers.org.

Jon Callas is an American computer security expert, software engineer, user experience designer, and technologist who is the co-founder and CTO of the global encrypted communications service Silent Circle. He has held major positions at Digital Equipment Corporation, Apple, PGP, and Entrust, and is considered one of the most respected and well-known names in the mobile security industry.

Tamzen Cannoy is a cryptographer, member of the ShmooCon CFP/Speaker Committee, an engineer at DEC, and was President and co-founder of World Benders, Inc. She has spoken at numerous conferences and has years of expertise curating and working with proposals for infosec conferences.

Brad Haines (RenderMan) is a Canadian born and raised hacker and computer security consultant who spends way too much time figuring out ways of inserting electronics into treasured childhood toys. Consultant by trade, hacker by birth, fedora by fashion. As co-refounder of the Church of Wifi and member of the NMRC, he spends his time adding to his expansive collection of con badges and thinking of new ways to subvert wireless networks and childhood memories.

Ryan Clarke (LosT) mucks around with DEF CON on occasion. He is the creator of the Hardware Hacking Village, the LosT@Defcon Mystery Challenge, and for the past few years the DEF CON badges and badge challenges. Russ says he’s the official DEF CON Puzzlemaster, but LosT still doesn’t believe him. In his other life LosT enjoys playing the bass and linguistics, among other things. He’s also been known to study mathematics, electrical engineering and physics in his spare time.

Sandy Clark (Mouse) has been taking things apart since the age of two, and still hasn’t learned to put them back together. She is a Security Researcher and Ph.D. candidate at the University of Pennsylvania.  Her research focuses on understanding the mechanisms driving the computer security Arms Race and in modeling the cyber-security eco-system. A founding member of Toool-USA, she also enjoys infrastructure hacking and exploring the myriad fascinating and unexpected ways that systems interact.

Erin Jacobs (SecBarbie) is an accomplished Information Technology and Security professional offering over 15 years of success in leading global organization’s technical and security needs, creating and leading IT teams, and building scaleable IT infrastructures. Erin excels in the ability to fuse her technical understanding with business needs in order to deliver increase revenue streams through the introduction of new technology services and continued management of legacy systems.

Luna Lindsey is an indie author and psychology hobbyist in Seattle, WA. She has been writing since age four, and at some point, became an accidental expert on mind control, computers, autism, and faeries. She has written four novels and published stories in magazines like Penumbra and CrossedGenres. Her book about religious mind hacks, Recovering Agency: Lifting the Veil of Mormon Mind Control, is now available.